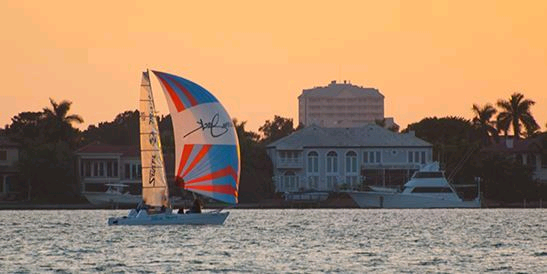 In 1951, the Ringling Interests proposed to develop approximately 277 acres on and around Bird Key and to fill 37 acres on north Lido Key. The master plan for the development of Ringling Isles was prepared by noted architects Ralph and William Zimmerman in 1953. In 1959 the development Company Arvida Realty, Inc. arrived and purchased the Ringling Interests’ holdings on the key. Arvida planned to fill in Bird Key to allow for 511 lots, 291 water-fronts and 220 off-water sites. This would be the luxury place to live in Sarasota. One unique feature of the development would be an underground electric utility system, consisting of nearly 146 miles of electrical cable. By building standards in 1959, this utility system was ahead of its time.

Today, Bird Key is one of the most prestigious residential areas on Florida’s West Coast. Originally called Bird Key because of the large population of birds that flock to the original island Bird Key population is approximately 860 residents covering over 9.3 total miles (6.9 sq. miles of land & 3.1 sq. miles of water)

Thank you for your inquiry.